The first classes were held in a small room of Elder McReynold’s house, near the first Adventist church in Indian Territory located at 217 NW 7th Street. Shortly thereafter, the classroom moved to the basement of the church.

Mrs. Hattie Sorenson was the first teacher. Elder and Mrs. Sorenson were also the first conference superintendents. Mr. Venable of Keene, Texas, was the second teacher. He lived in the McReynold’s house, and also used it for a dormitory for the girls. The boys lived in a little shed on the back lot of the church.

Some of the early students included Tom Blake, Tom and John Gallion, and Doctor Truman, who later became Superintendent of the Medical Department of the General Conference.

Mrs. Gregory and Miss Lauretta Rupert were teachers during the third and fourth years. They taught for $20 a month, and supervised playground activities in a nearby cornfield.

In 1930, the school moved to the first official school building at 2620 North Western, complete with a teacher’s apartment upstairs. Part of their playground was the cemetery located next to the school.

In 1954, the need for more classrooms and a better playground prompted the move of the school to the country– a beautifully wooded hill across from the Oklahoma City Zoo. Within a few years, the faculty had a contest for the students to choose a new name for the school. Parkview Junior Academy was chosen because of the view overlooking Lincoln Park.

When the school became a 12-grade academy in school year 1984-85, the name was changed to Parkview Adventist Academy.

Parkview Adventist Academy is operated by the Seventh-day Adventist Church to provide a spiritually oriented education for children. The Parkview family exists to show children Jesus, nurture their love for Him and others, teach them to think, and empower them to serve. 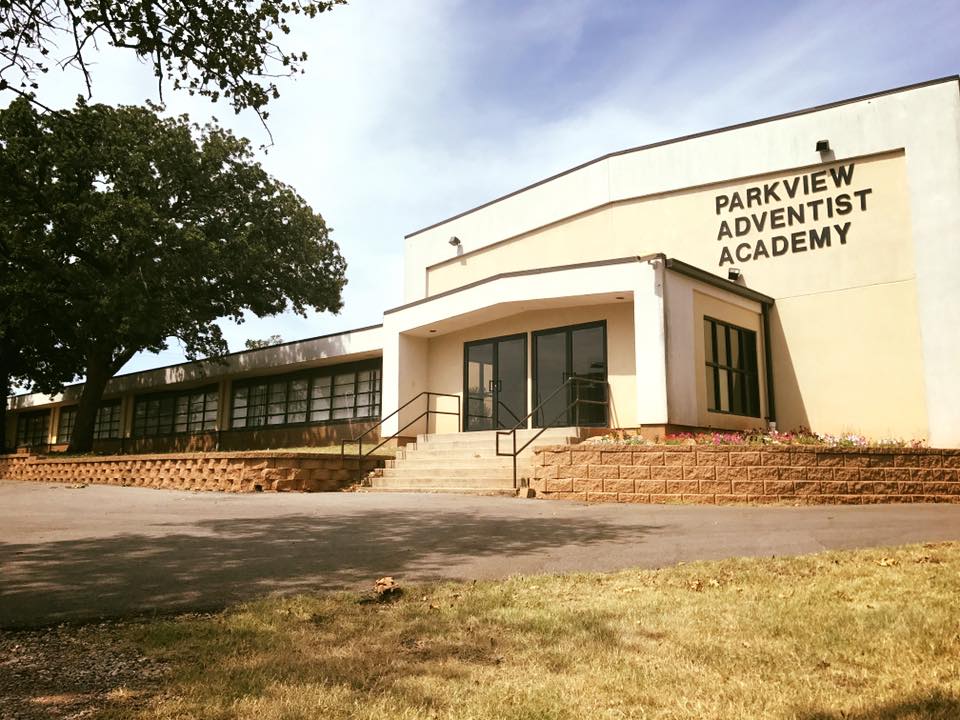